Life at The Marling

History of the Barrymore

The Barrymore Theatre has become a Madison icon. What started out as the Eastwood Theater, with construction completed December 27, 1929, was turned into the Barrymore in 1987. The Schenk-Atwood neighborhood was experiencing a downhill slope, so two members of the community thought it would be a good idea to make a venue to reignite the spark of the streets. Since its opening, the venue has hosted more than two thousand events while being able to entertain nine hundred seventy one guests.

From rock shows, to comedies, to plays, films, dance recitals, and even political events, the Barrymore has been the spot to rally-around in Madison.

What is the Eastwood Theater?

From opening day, the theatre has always been one-of-its-own. The inside design has a “Spanish colonial style” flare, while the outside has “an Italian Renaissance-style octagonal dome.” The balconies make use of a tile-roofing while the ceiling was created to appear as a night sky, giving guests the illusion there is no roof, looking straight up at the shining stars. With state of the art acoustics and sound systems, it wasn’t until 1938 when the luxury of air conditioning was added to the theatre.

In December of 1943, the theatre became nationally recognized as it was the first place to screen War Department Report, a documentary propaganda film that was nominated for an Academy-Award. In 1946, the theatre exchanged hands. After undergoing an extensive remodeling, it was added to a Milwaukee chain of theatres in 1948 and the space held “church, community, and children’s events.”

The theatre was sold to a different group of people in 1967 who also decided to give the theatre a face-lift. The entire inside was redesigned and the capacity was dropped from nine hundred seventy one to eight hundred twenty five. The theatre switched its name to Cinema Theater when the re-opening was held on December 20, 1967 and premiered John Huston’s The Bible.

The 70s was a difficult time for the theater. Where once comedies, recitals, and rock shows took center stage, mainstream movies and second-screenings of films downtown theaters already premiered started to takeover. The 80s were not any easier as the neighborhood and city at large experienced many changes, causing a rollercoaster trend of success.

It wasn’t until 1986 when Richard Slone, Tom Petersen, Steve Sperling, and others decided to throw money at it to make it an arthouse movie theater. On July 10th, 1987, the theater opened as Barrymore Theatre. The theater received its name from the Barrymore family, who were famous for all being actors. Ironically, the movies didn’t pop off as expected, however the music did! The venue became a hot spot for niche and cult-following rock, folk, and female artists. Barrymore Theatre jumped through the hoops and got their beer and wine license in 1988 with a restaurant opening up in the neighborhood not too long after.

Sperling Returns to the Barrymore

In 1992, the Schenk Atwood Revitalization Association bought the Barrymore and used it as a rental property. Four years later in 1996, Steve Sperling returned to the theater as the general manager who would continue to strive to bring the best entertainment and success to the Barrymore Theatre. 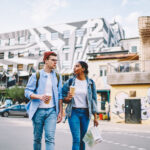 Wisconsin’s Brewing Culture Wisconsin prides itself on the local brewers and even at-home brewers. Living END_OF_DOCUMENT_TOKEN_TO_BE_REPLACED 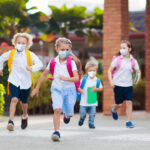 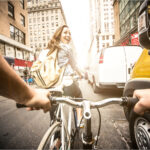 The Marling is close to many great establishments and healthy grocery stores. You can support END_OF_DOCUMENT_TOKEN_TO_BE_REPLACED 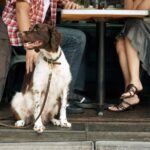 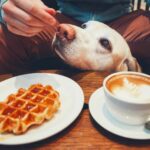 The Marling Apartments rests on the edge of Downtown Madison, WI, and offers a superb location near the State Capitol, within walking distance of Willy Street, Schenk-Atwood, and Marquette neighborhoods.

Learn More About The Marling 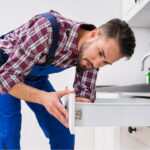 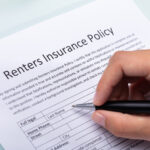 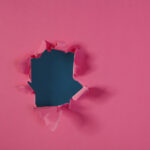 View Our Other Articles!

The Secrets to Apartment Hunting

Living at the Marling

XThe accessibility of our website is taken very seriously. We strive to meet WCAG 2.1 AA Web Accessibility standards by routinely evaluating our website using automated evaluation tools and manual testing when required. As content changes we review and correct issues and are responsive to our users needs. If you encounter issues with our website, please report them so they may be corrected in a timely manner.